Azai Nagamasa (浅井 長政; 1545 - September 26, 1573) was a Japanese military man. As head of the Azai clan he ruled in the northern part of Ōmi province, east of Lake Biwa.

He was an ally of Oda Nobunaga from 1564, and one of his enemies from 1570 until 1573, when he was finally defeated by them. He was the protagonist of the battle of the Anegawa River in 1570 and several sieges of Odani Castle (小谷城).

Azai Nagamasa was the son of Azai Hisamasa, from whom he took the reins of the clan in 1560. Nagamasa successfully fought Rokkaku Yoshikata and Saitō Tatsuoki between 1560 and 1564. He is remembered as an inspired leader and source of motivation. 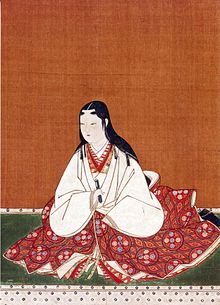 He took Oichi, Nobunaga's sister, in marriage in 1564. In this way the leader of the Oda clan hoped to gain a valuable alliance with a clan that ruled a territory located between him and the capital Kyoto.

In 1570, however, Oda Nobunaga declared war on the Asakura family, an ally of the Azai since the time of Nagamasa's grandfather. The sudden conflict divided the clans: Nagamasa, at first allied with the Oda, was then convinced by his supporters to ally with the Asakura in honor of the traditional brotherhood.

The news slowed down a little Nobunaga's march towards the Asakura and the capital, but after a few months, the leader was already ready to face the new threat.

However, Nagamasa and Oichi's relationship was a very harmonious love. Oichi was the most beautiful and intelligent woman. Many men wanted to marry her.They were the best happily married couple in the history of Japan.

In the summer of 1570, Oda Nobunaga and Tokugawa Ieyasu deployed an army of about 20-30000 men in Omi province against the Azai and Asakura. The armies clashed at the Battle of Anegawa.

The battle took place on two fronts, Oda against Azai, Tokugawa against Asakura. Although outnumbered, Nagamasa's troops were able to hold off the Oda troops and it seemed that they could secure the victory, but when Tokugawa Ieyasu, after having routed the Asakura, came to the aid of Nobunaga who managed to get the victory.

Over the next two years the Azai were under constant attack by the Oda, who came to besiege the castle of the capital, Odani in 1573 (Siege of Odani). Having no more hope of victory Nagamasa sent Oichi and his three daughters to Nobunaga and performed seppuku.

The women were spared by Nobunaga. Manpukumaru, Nagamasa's only male heir, was executed by General Toyotomi Hideyoshi on Nobunaga's orders.

As in general for all samurai protagonists of the Sengoku period, Azai Nagamasa has become the protagonist of various games, especially video games, in which he appears as one of several characters.

In particular in Samurai Warriors where he is portrayed as a true Shakespearean hero, torn between the choice of honoring his love for Oichi, or preserving his honor by fighting with the Asakuras against his brother-in-law Nobunaga.