The Hosokawa clan (細川氏, Hosokawa-shi) is a family of powerful daimyos in Japan. This clan ruled the former provinces of Awa, Awaji, Bitchu, Sanuki, Settsu, Tamba, Tosa and Yamashiro. It was divided and lost its importance after the assassination of Hosokawa Masamoto in 1507.

The clan descends from Seiwa Genji, a branch of Minamoto clan, and finally from Emperor Seiwa himself, through Ashikaga clan. It produced many prominent officials in the administration of the Ashikaga shogunate.

During the Edo period, the Hosokawa clan was one of the largest landed daimyo families in Japan. Nowadays, the current head of the clan, Morihiro Hosokawa, has served as the Prime Minister of Japan.

Ashikaga Yoshisue, son of Ashikaga Yoshizane, was the first to take the name Hosokawa. Hosokawa Yoriharu, a Hosokawa of the late Kamakura period, fought on behalf of the Ashikaga clan against the Kamakura shogunate.

Another, Hosokawa Akiuji, helps to establish the Ashikaga shogunate.

The clan is also one of the three families that dominate the position of kanrei (shogun's deputy), under the Ashikaga shogunate. Among them, Hosokawa Yoriyuki. At the beginning of the Ashikaga rule, Hosokawa controlled the whole of Shikoku.

During this period, members of the Hosokawa clan were military governors (shugo) of the provinces of Awa, Awaji, Bitchu, Izumi, Sanuki, Settsu, Tamba, Tosa and Yamashiro. 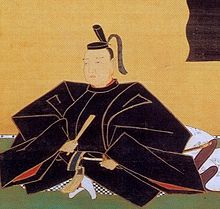 A conflict between Hosokawa Katsumoto, the first kanrei, and his father-in-law Yamana Sōzen, regarding the succession of the shogunate, triggers the Ōnin War, leading to the fall of the shogunate and a one hundred and fifty year period of chaos and warfare, known as the Sengoku.

After the fall of the Ashikaga shogunate based in Kyoto, control of the city, and thus the country, fell to the Hosokawa clan (who held the position of Kyoto kanrei, the shogun's deputy in Kyoto) for a few generations.

Hosokawa Masamoto, son of Katsumoto, held the power in this way at the end of the 15th century but was assassinated in 1507.

After his death, the clan divided and was weakened by internal struggles. What power they had left, however, was centered in and around Kyoto.

This gives them leverage to consolidate their power to some extent, and they come to be serious rivals to the Ōuchi clan, both politically and in terms of dominance of trade with China.

The Hosokawa remained in Kyoto for about 100 years, fleeing the city when it was attacked by Oda Nobunaga.

The Hosokawa of Kokura (later Kumamoto) became the main line of the Hosokawa clan during the Edo period. Hosokawa Gracia, the wife of Hosokawa Tadaoki, was one of the most famous samurai who converted to Christianity; she was also the daughter of Akechi Mitsuhide.

The Hosokawa sided with Tokugawa Ieyasu against Ishida Mitsunari during the decisive Sekigahara campaign and were consequently made fudai daimyo, "daimyos of the interior", during the Tokugawa shogunate. They received the province of Higo with an income of 540,000 koku, for han (fief).

Hosokawa Tadatoshi, the third lord of Kumamoto received as a guest the artist-philosopher and swordsman Miyamoto Musashi. Musashi devoted himself mainly to artistic activities.

He wrote the Book of the Five Rings in the Reigandō "the cave of the spirit of the Rock" near Kumamoto on the estate of his host, which was later to become the source of the bushido spirit and which, like all of his work, belongs to the Japanese national treasure.

Although the Hosokawa estate is far from the capital in Kyūshū, its daimyos are among the wealthiest. By 1750, Higo was one of the leading rice producers and was in fact considered a benchmark by Osaka's rice brokers.

The estate suffered a severe economic decline after that, like most estates, but the sixth lord, Hosokawa Shigekata (1718-1785, r. 1747-1785) instituted a number of reforms that turned the situation around.

He also founded a Han school, the Jishūkan, in 17557. This later produced scholars such as Yokoi Shōnan.

During the Boshin War of 1868-1869, the Hosokawa of Kumamoto, Kumamoto-Shinden and Udo sided with the imperial government. Its forces took part in the battle of Aizu and the battle of Hakodate, among others.

Since the Meiji era

Following the abolition of the feudal class in 1871, the Hosokawa clan and its branches were integrated into the new nobility in the Meiji era.

The head of the family's main line (Kumamoto) received the hereditary title of marquis ( kōshaku), while the heads of the secondary branches became viscounts (shishaku); the titles were abolished in 1947.

The current head of the main line of the family, Morihiro Hosokawa, former Prime Minister of Japan, is a descendant of the Hosokawa of Kumamoto.